Back in 2012 I bought my first keyboard with mechanical Cherry MX Brown switches, the yellow edition of a Ducky Shine 3 TKL. By that time I had virtually no clue about the world of keyboards, but the product felt nice to me and it looked extraordinary: 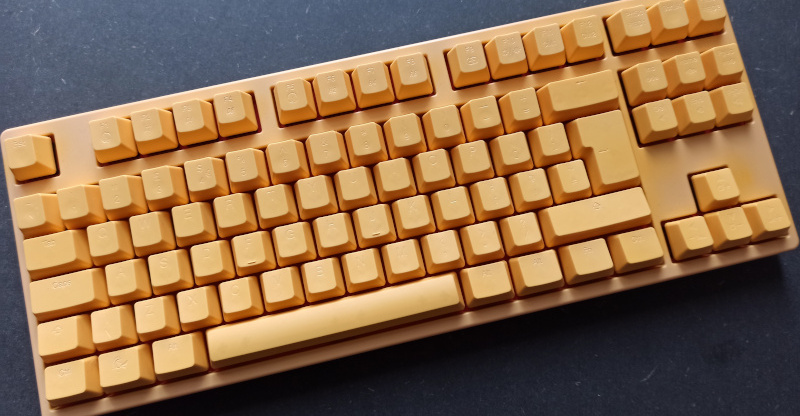 In my opinion a good mechanical keyboard makes a difference so last year I tried to find a nice one for my daughter, as she was beginning to spend more time on her PC. I was lucky enough to buy a Ducky x Varmilo Miya Pro which has a very fine build quality and typing sound. 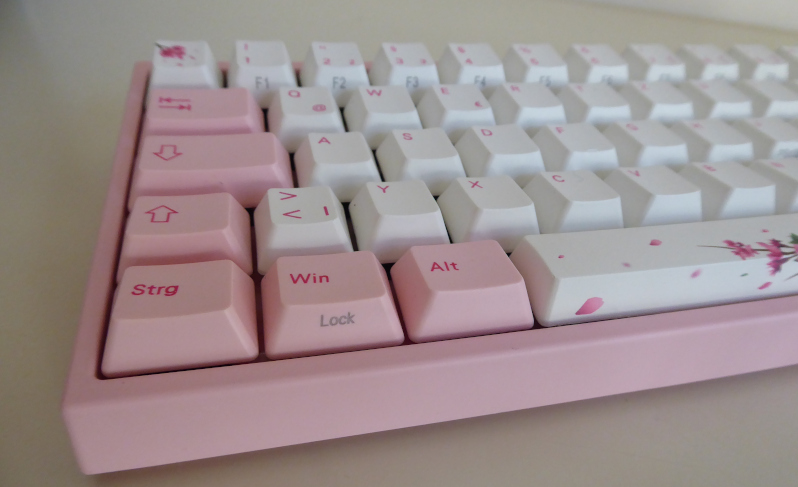 During the search I was a bit surprised that it is actually a matter of luck and/or patience to acquire a high quality mechanical keyboard. There are so many nice keyboards out there, as r/MechanicalKeyboards demonstrates on a daily basis. The nice pictures and stories got me hooked, so I started to explore the world of mechanical keyboards more in depth. Eventually I decided that I wanted to tackle one of my long lasting weaknesses: the lack of consistent typing speed. Isn't this the perfect excuse to spend some money on a new keyboard?

I was never a good typist, I hardly used touch typing, although I tried more than once to properly learn it. I suspect my failures of using touch typing in everyday work were caused by the position of the modifiers (Ctrl, Shift, Alt, Super) and especially the nav cluster (arrow keys, page up, page down), constantly drawing my right hand away from the home row (the row with the keys for A, S, D, F and so on).

My exploration led me to the idea that a programmable keyboard with a 60% form factor (a keyboard without numpad, nav cluster or function key row) might bring me closer to my goal. After some more research I bought a KB Paradise V60 Type R because it featured an ATmega32U4 micro processor which is known to support the open source firmware QMK. This firmware allows you to freely program your keyboard with up to 32 layers using the programming language C. In essence, this allows you to make it truly your very own keyboard. 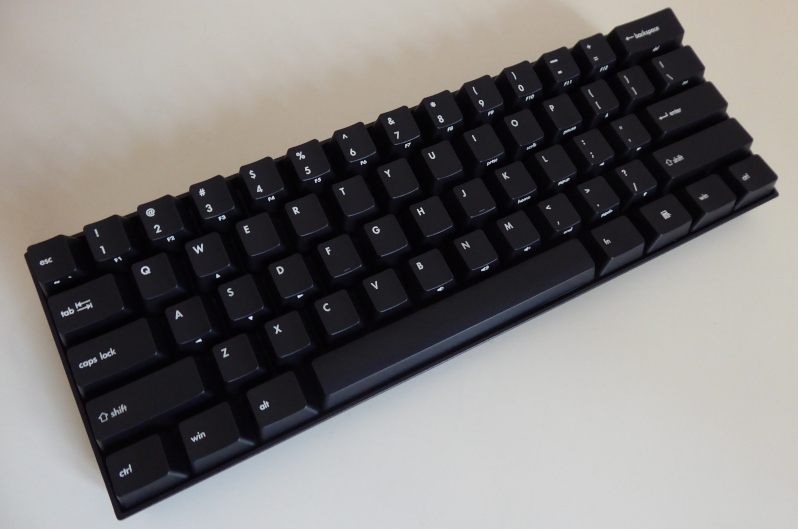 The 60% form factor eliminated the nav cluster, so I assigned the arrow keys to I, J, K and L, but the modifier position was still disturbing.

QMK provides a feature called Mod-Tap which allows you to assign a modifier to any key. If you just tap the key, you'll get the character, but if you hold it and press it in conjunction with another key you'll get the modified behaviour. I assigned the modifiers to my home row like this:

It took a bit of tweaking of QMK parameters and a few hours to really get used to it. But after all, my fingers stayed on the home row and my latest effort to properly learn touch typing succeeded!

But with this change the modifier keys on the bottom row of a classical keyboard became useless to me, so this leads me to think about keyboard layouts in a more general way. I am quite aware of Atreus and other split keyboards as a potentially more ergonomic arrangement of keys.

So this story might continue in the very near future...